Dr. Arnold Chung, a cardiothoracic surgeon will lead MountainView Cardiovascular & Thoracic Surgery Associates at Southern Hills Hospital, the satellite practice of the already established practice on the campus of MountainView Hospital. This satellite location at Southern Hills Hospital will be able to provide much needed care to the southwest valley in detecting lung cancer earlier, allowing for earlier intervention and treatment. The practice will be located on the 2nd floor of the 9260 W. Sunset Rd. medical office building.

"Lung cancer is a serious health issue in Las Vegas and around our state," said Dr. Arnold Chung, a cardiothoracic surgeon who underwent fellowship training at Cedars-Sinai Medical Center in minimally invasive surgery for lung cancer. "Unlike some other cancers, there is a very late onset of symptoms for lung cancer which means patients are diagnosed in those later stages. By scanning and identifying nodules earlier we can help patients when they’re more likely to benefit from medical intervention.” Each year, there are about 228,000 new cases of lung cancer diagnosed in the U.S., according to the American Cancer Society. Lung cancer is the leading cause of cancer deaths among both men and women in the U.S. Each year, more people die of lung cancer than of colon, breast and prostate cancers combined.

Specifically in Nevada, the statistics are even more pronounced. Lung cancer affects women more than men, and has been determined as the No. 1 cancer problem among women in the state, according to a 2012 report issued by the University of Nevada, Las Vegas. Each year, more than 850 new cases are diagnosed in Nevada women, while there are more than 620 deaths related to lung cancer in Nevada women each year.

“The goal of this new program is to find and diagnose lung cancer earlier in our patients,” said Alexis Mussi, Chief Executive Officer of Southern Hills Hospital & Medical Center. “We know early detection can save lives and we are thankful we can offer this service to Las Vegas residents and our surrounding communities.”

Someone is considered high risk for lung cancer if the following statements describe them: 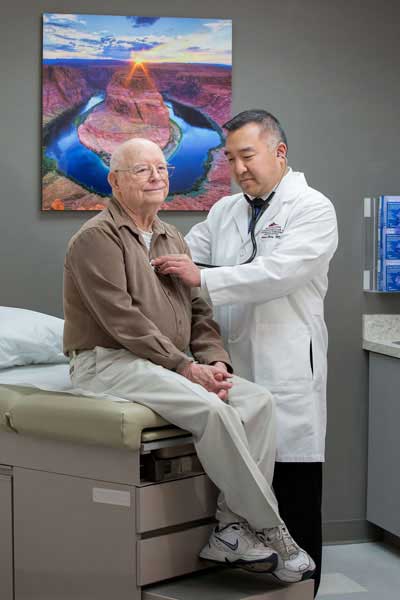