Bertram was nominated by the wife of one of her patients. The patient said as a nurse Bertram didn't just care for her husband, but for her as well. The wife said every time she would see Bertram, Bertram would say, "Your husband loves you so much." When the wife asked Bertram how she knew, Bertram responded, "every time you're in the room, he's calmer, he's less agitated and his demeanor changes."

The wife said Bertram's comments meant the world to her and helped her go from a frazzled fulltime caregiver, to a loving wife again. The patient's wife ended her nomination for Bertram by saying, "Deborah was such a gift."

Southern Hills Hospital and Medical Center want to thank Deborah Bertram for her outstanding care that left a lasting impression on the family of her patient.

The Daisy Award for Extraordinary Nurses is a national award program celebrated in 21 countries and more than 3,500 healthcare facilities around the world. Nurses can be nominated for the award by their colleagues or by patients. 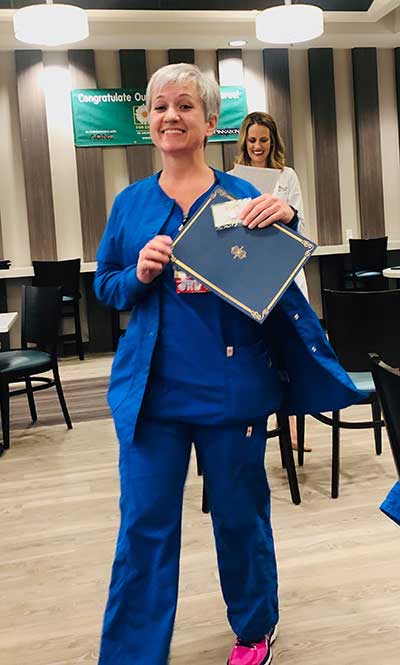 Deborah Bertram walks back to her seat after winning Daisy Award.