LAS VEGAS, NV  – Saturday, October 24th, Southern Hills Hospital and Medical Center held their second annual ‘Crush the Crisis’ event netting 180 pounds of opioids and other prescription drugs dropped off by community members. The event was held in conjunction with the Las Vegas Metropolitan Police Department and Drug Enforcement Agency. In 2019, during the hospital's first Crush the Crisis event 60 pounds of prescription drugs were collected.

“This is only the second time we’ve done this event,” said Brue Thielke, Director of Pharmacy for Southern Hills Hospital. “The fact that we did three times the amount as last year, tells us this is something the community wants. We’re so thankful we were able to provide a safe way for them to dispose of these unwanted prescriptions.”

The Crush the Crisis event coincided with the DEA’s National Prescription Takeback Day which also took place October 24. Southern Hills Hospital was the only hospital in Las Vegas to partner with the DEA for the event.

“At Southern Hills Hospital we are dedicated to the care and improvement of human life,” said Alexis Mussi, Chief Executive Officer of Southern Hills Hospital and Medical Center. “That’s why we felt it was important to participate in this event. If we can help keep these prescriptions out of the wrong hands we believe we’re making an impact not just on people but the Las Vegas community at large.”

According to the Centers for Disease Control and Prevention, an estimated 2 million people in the U.S. suffered from an opioid use disorder and more than 67,000 Americans died from drug overdoses in 2018. As the COVID-19 pandemic continues, the U.S. is seeing an increase in opioid usage, with 40 states reporting increases in opioid-related mortality, according to the American Medical Association (AMA). 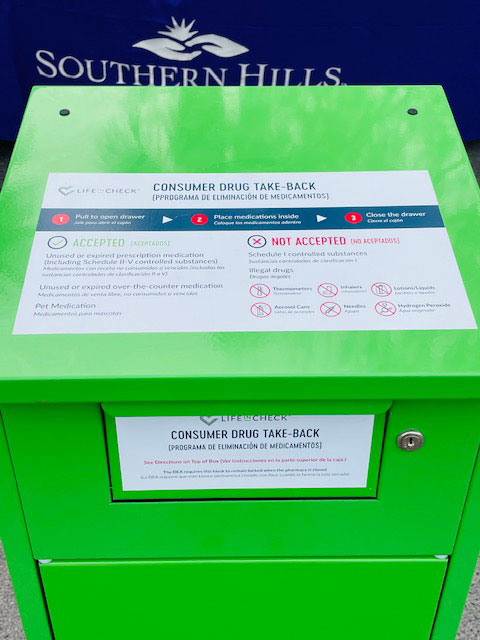 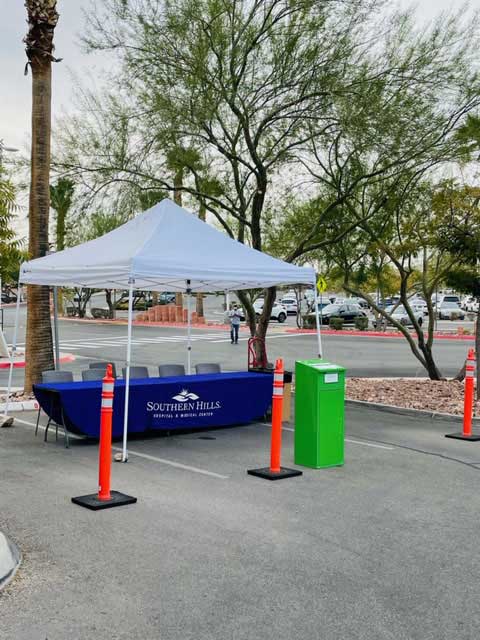