How to spot these subtle warning signs of suicide

September is National Suicide Prevention Month. More than 47,000 people took their own lives in 2017, making suicide the 10th leading cause of death in the United States, according to the Centers for Disease Control and Prevention (CDC). And the problem appears to be getting worse--not better. Suicide rates have jumped by more than 30 percent since 1999, the CDC reports.

Some people might assume that anyone contemplating suicide would be struggling with an obvious or serious mental health issue, such as severe depression. In fact, many people who commit suicide don't have a known mental illness, and there usually isn't just one determining factor that prompts someone to take their own life. The circumstances that result in suicide are usually complex and may involve one or more life challenges, such as chronic pain, substance abuse or other serious health issues, financial strain, legal problems, trauma or relationship troubles.

This may help explain why some people seem shocked or baffled by the suicide of someone close to them. But in most cases, including some that seem inexplicable, there are clues--some more subtle than others, according to psychiatrist Cesar Figueroa, MD.

"Any changes in someone's personality, behavior or how they express their emotions can be an indication," says Dr. Figueroa. These changes can often appear mild.

Obvious signs that someone is suicidal may include dramatic mood swings, talking about being in unbearable pain, aggressive behavior or feeling trapped, hopeless or like a burden to others. But there are other changes which, when considered together or put into context, could be an indication that someone is considering suicide, Figueroa points out.

Some more subtle warning signs that shouldn't be ignored may include:

Having a preoccupation with death, which may include giving away possessions, saying goodbye to family and friends and oddly-timed estate planning, is another possible red flag.

Making a will is probably not an alarming thing for people if it's happening at the right time in their lives," Figueroa says. But when people start talking about death more often than not--especially at a time when they seem to be under a lot of stress--it shouldn't be dismissed, he explains.

Anyone could be at risk for suicide but there are certain factors aside from mental illness which could make some people more likely than others to take their own lives. It's important to consider these known risk factors when assessing behavioral changes and other warning signs, according to Figueroa. Risk factors for suicide include:

The more risk factors people have, the more likely they are to commit suicide, Figueroa adds. He notes that in some cases, people contemplating suicide are motivated by a misguided sense of altruism, believing that their death would be in the best interest of their family or loved ones.

Know what pushes people to suicide

Millions of people admit they've thought about killing themselves but far fewer have come up with a plan or gone so far as to actually act upon it.

"I think most of us have at some point in time thought, 'Life is so hard right now. I wish I were not here,' or 'I wonder what would happen if I die,'" Figueroa says. But it's the persistence of underlying problems and ongoing stress that for some people can make these thoughts progress from a fleeting notion to a plan and intention to commit suicide, he explains.

"Between genetics and how you learn to cope with stress and distress, I honestly believe that we all have a breaking point," Figueroa adds.

Sometimes, the idea that someone would not only contemplate suicide, but also follow through with it, may be hard to accept, according to Figueroa.

"Let's face it, to admit to yourself that someone you love might actually take their own life is pretty scary. I think by nature we try to say, 'No, this is not real.'"

If you believe that you or someone you know is at risk for suicide, trust your instincts. Don't be afraid to ask direct questions, such as 'Are you thinking about hurting yourself or dying?' Having this candid talk won't make someone more likely to take their own life. It could actually have the opposite effect. Giving someone the opportunity to open up about their feelings may reduce the risk that they act on suicidal thoughts.

The Pavilion at Southern Hills Hospital

The Pavilion at Southern Hills Hospital is a state-of-the-art, 80-bed inpatient unit dedicated to the treatment of behavioral health needs in Las Vegas. Spanning over 45,000 square feet, the Pavilion treats patients age 11 and up. The Pavilion treats a variety of conditions including depression, anxiety disorder, bipolar disorder, psychosis, postpartum depression and post-traumatic stress disorder. 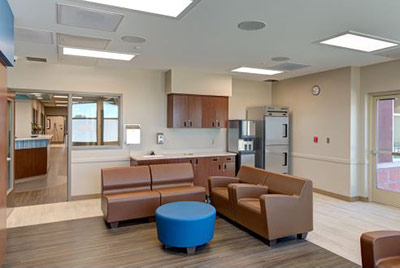 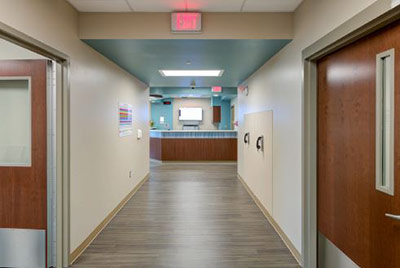 People considering suicide can also reach out to the Crisis Text Line by texting 'HELLO' to 741741. They will be connected with a person who will listen to their concerns without judgement. They can also call the National Suicide Prevention Lifeline ;at (800) 273-8255.

If you're with someone who is actively considering suicide, do not leave them alone. Call 911 right away or take them to the nearest emergency room.